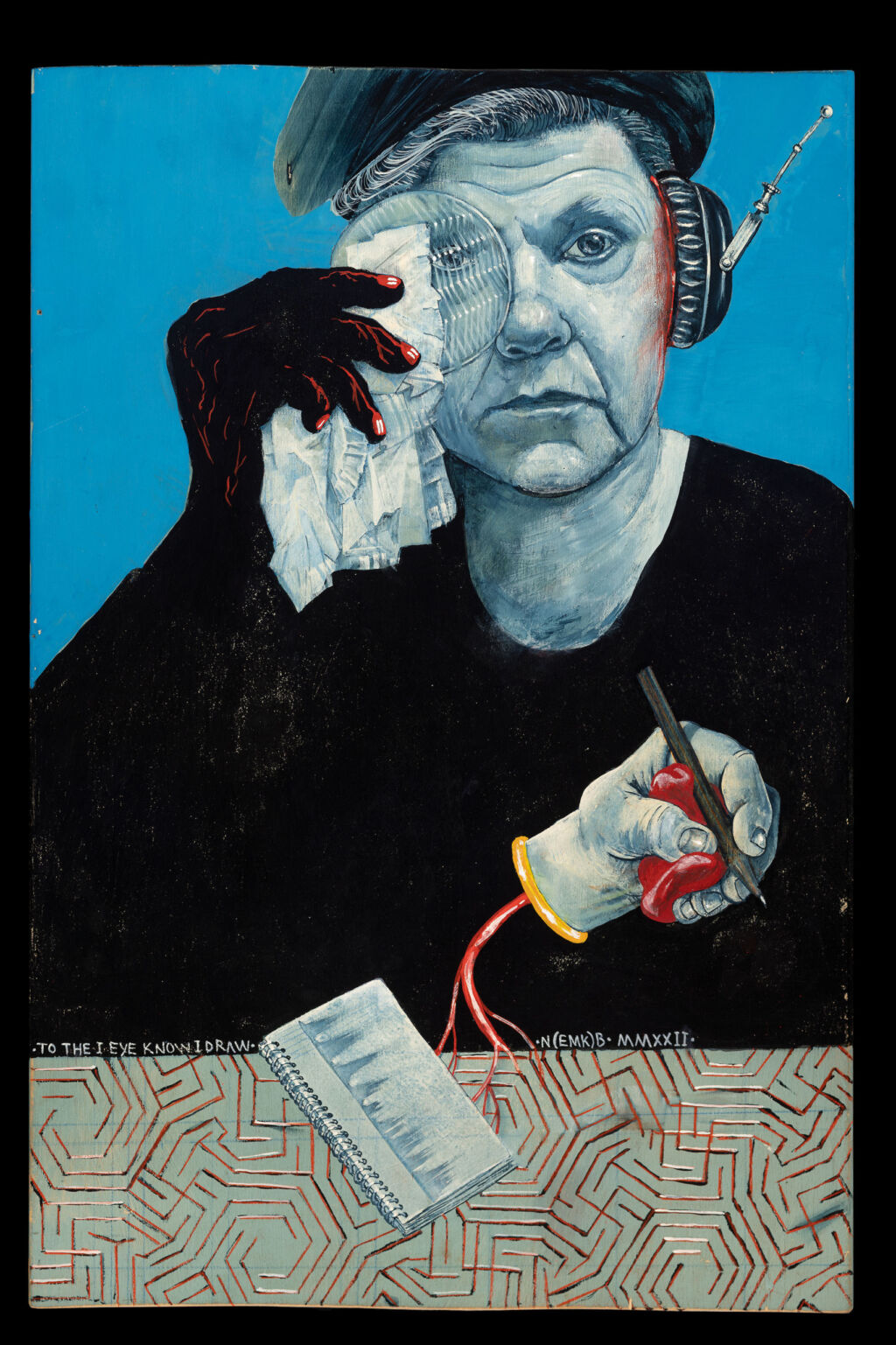 Nina Bondeson was born in 1953 in Stockholm and lives and works in Mölndal just outside Gothenburg. She was educated at the Stockholm Academy of the Arts 1983-1988.

Bondeson is a graphic artist but works across the media and on various materials. She not only paints on wood, furniture, old worn-out utensils and directly on the wall, but embroiders on canvases, clothes, sculptures and dish towels. In Bondeson’s singular and bustling universe the absurd and playful are mixed with the violent.

In parallel with her art, Bondeson writes about art and her texts have been published in a number of anthologies, books and magazines.

After the debut exhibition at Dr Glas in Stockholm 1989, Bondeson has exhibited regularly around Sweden and internationally. Bondeson is represented at several Swedish museums, for example at the Gothenburg Museum of Art, at the Swedish Arts Council, and at several municipalities and county councils.

Bondeson’s exhibition Come in, she said – my room is an eye of the stormom is shown May 20 – September 4. 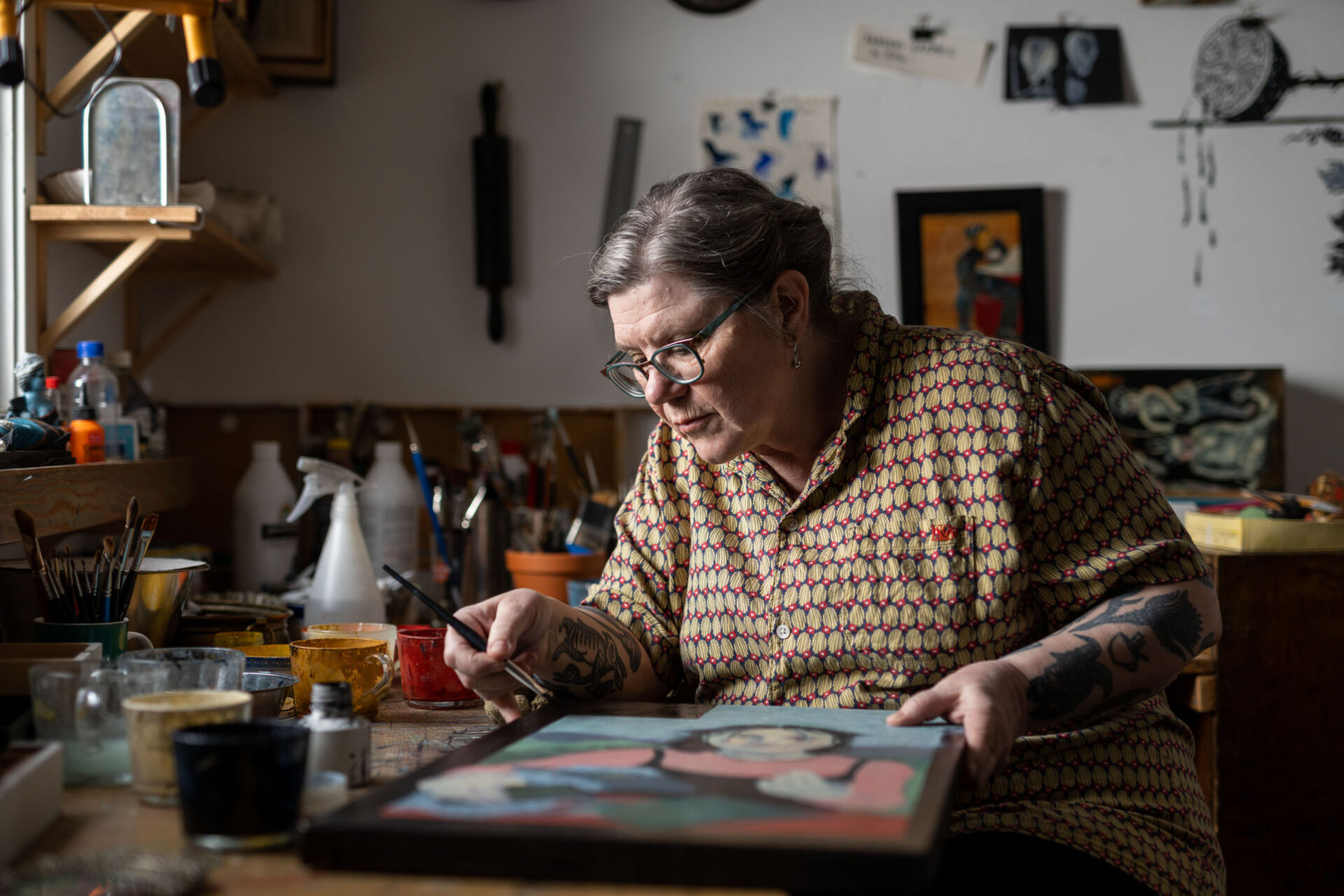 Nina Bondeson presents several new works in the exhibition Come in, she said – my room is an eye of the storm. Photo Hendrik Zeitler. 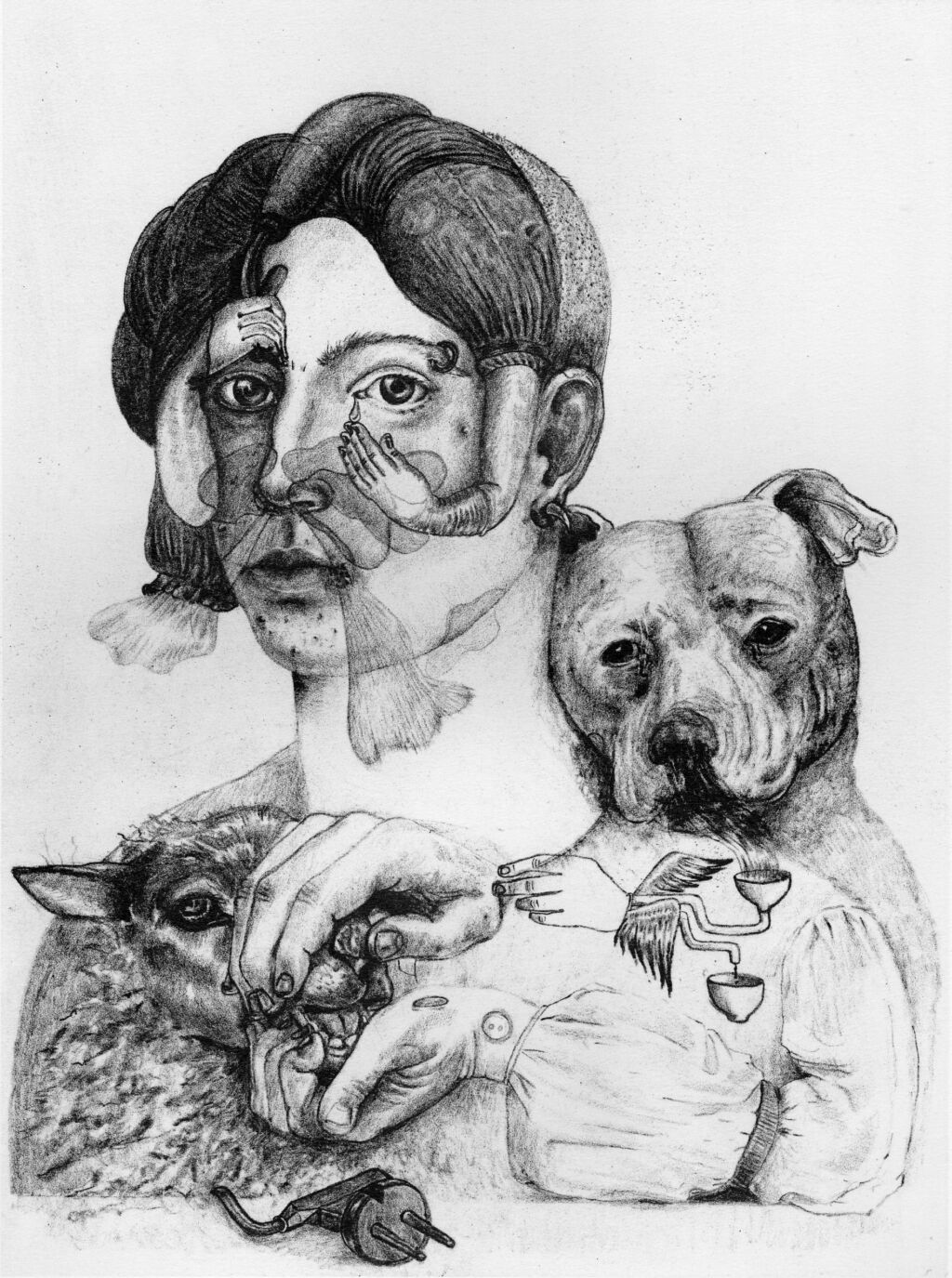 Nina Bondeson, Salva nos, 2009. The picture is available for purchase as a poster in our reception.