a
simple
but
wonderful
device 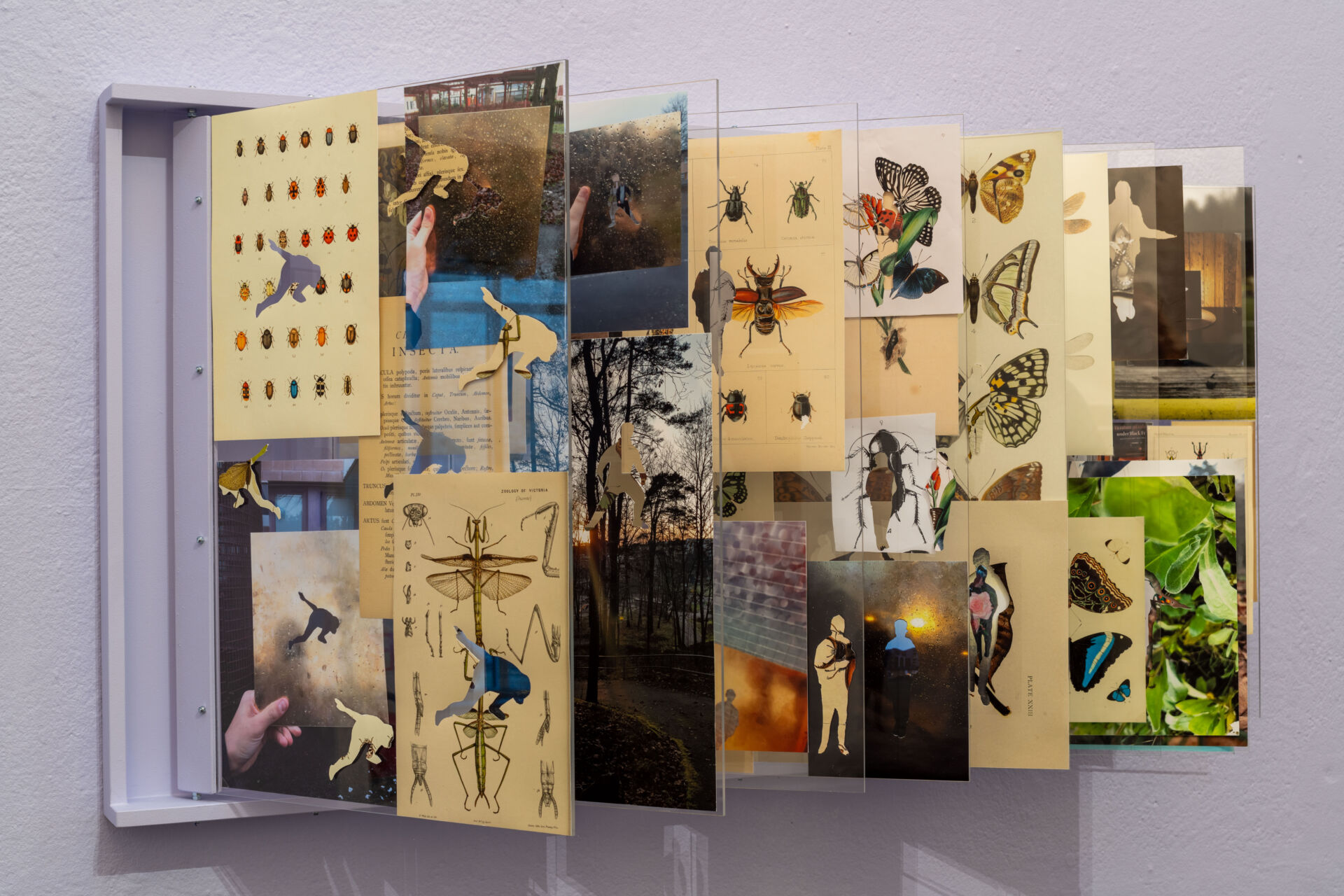 In the entrance hall, Göteborgs Konsthall presented an exhibition entitled “A simple but wonderful device for absolutely ascertaining exactly what any object would have to look like to be wholly invisible against any particular background”. For this project artist Gabo Camnitzer worked with a group of students from Lövgärdesskolan in Northern Angered, Gothenburg to explore the blurriness of the frontier between the body and the environment.

The exhibition consists of collaboratively-made book of collages that explore the French sociologist Roger Caillois’ theory of mimicry in insects – which posits that camouflage in the animal kingdom is driven by a need to become one with the environment rather than to conceal oneself from predators. This theory put into contrast with Carl von Linne´s view of nature as a universally legible book consisting of a series of different species, separated from one another.

Working with costumes, collage, and stencil techniques developed by the painter and naturalist, Abbott Thayer in the late 1800’s to study animal coloration, the group problematized the perceived fracture between organism and milieu, figure and ground, society and individual; investigating the ways in which the spaces we inhabit shape our subjectivity.

The title of the project comes from Abbott Thayer’s description of the stencil he developed.

The exhibition is produced by Urban Konst together with the departments of program and education, and is a part of a series of interventions presented in the octagonal entrance hall at Göteborgs Konsthall.

Later in 2020, the exhibition was installed at Lövgärdesskolan, an environment which has inspired the purple color of the wall at konsthallen. 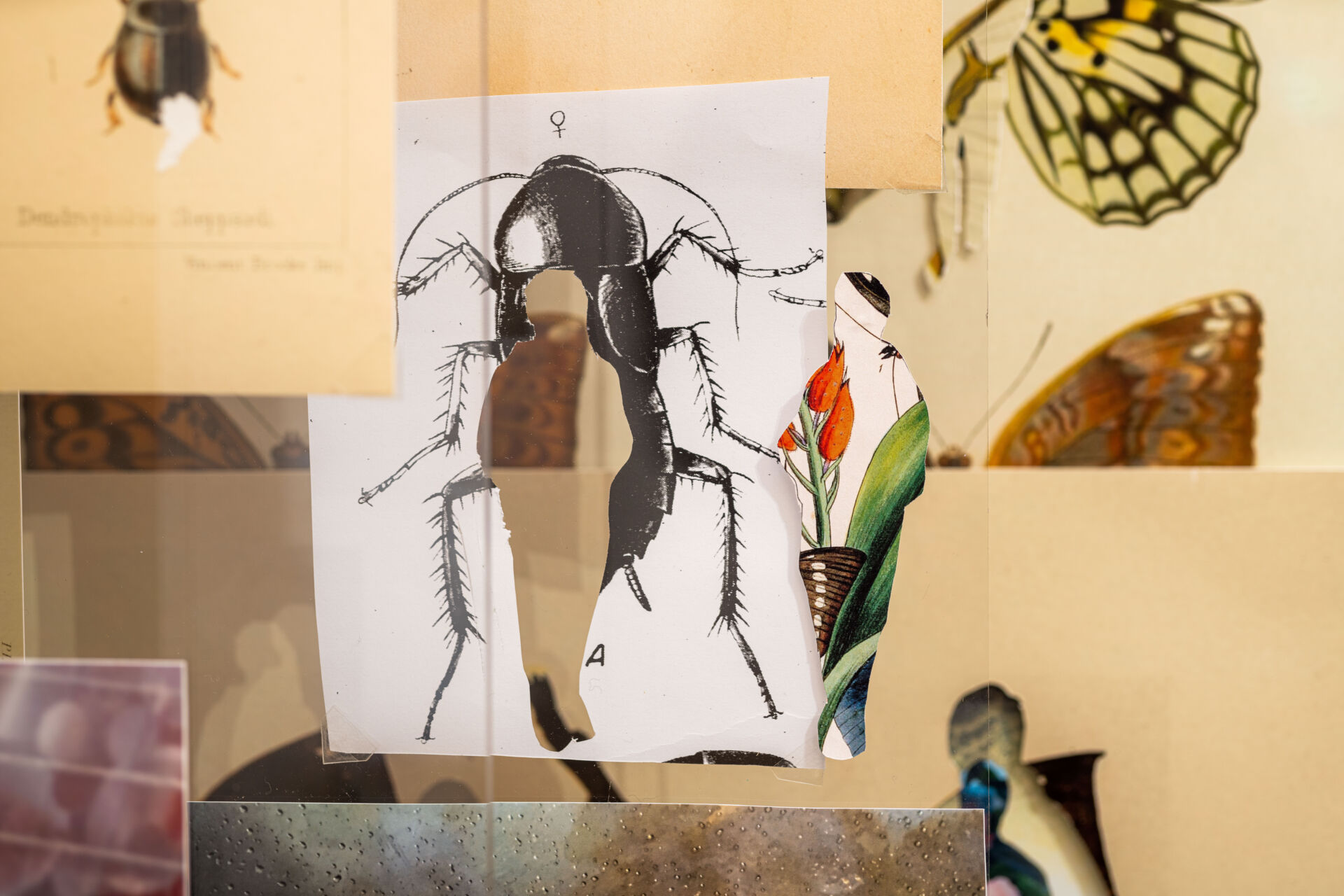 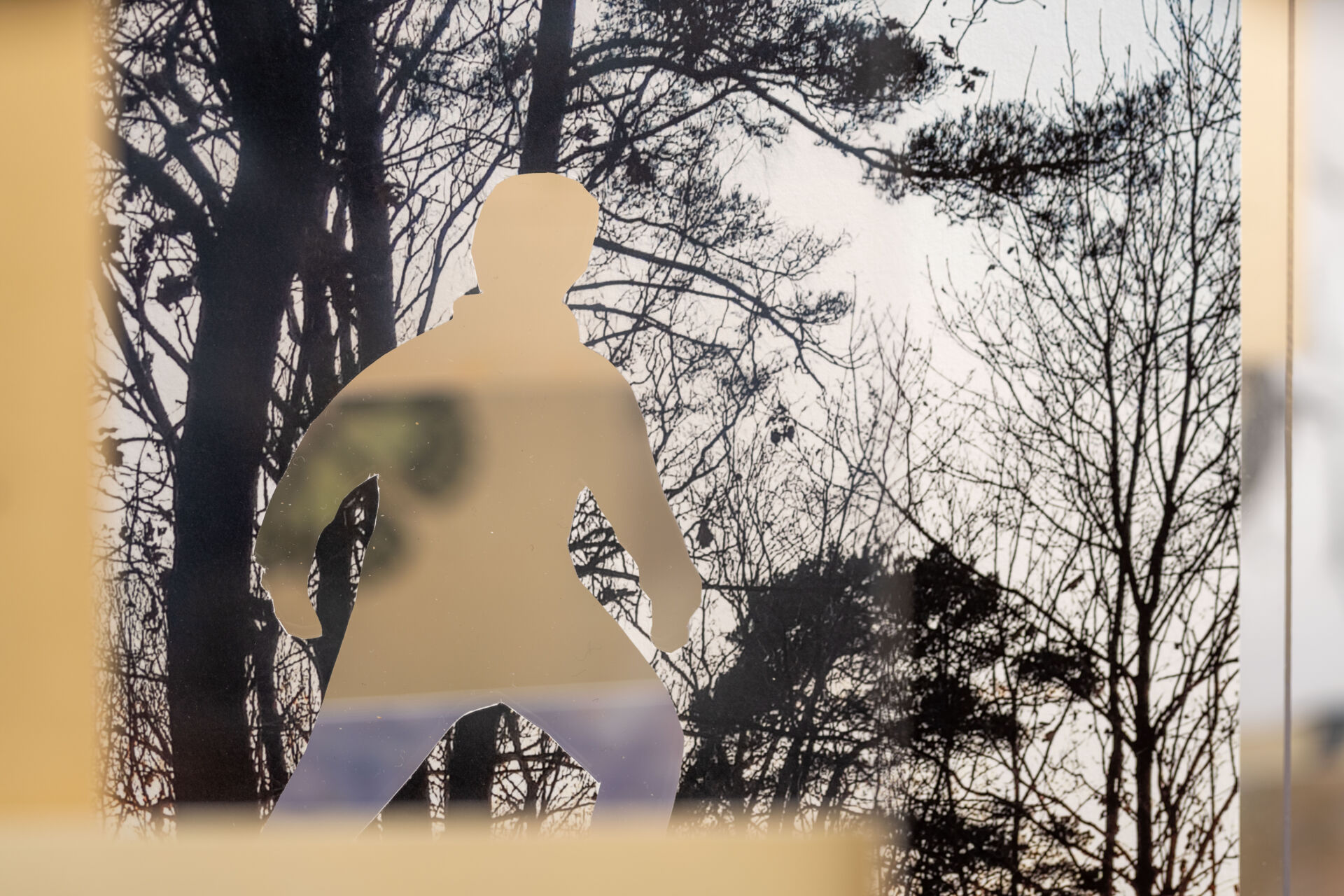 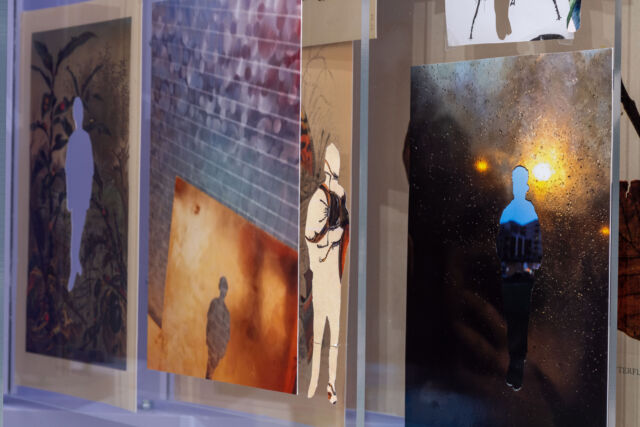