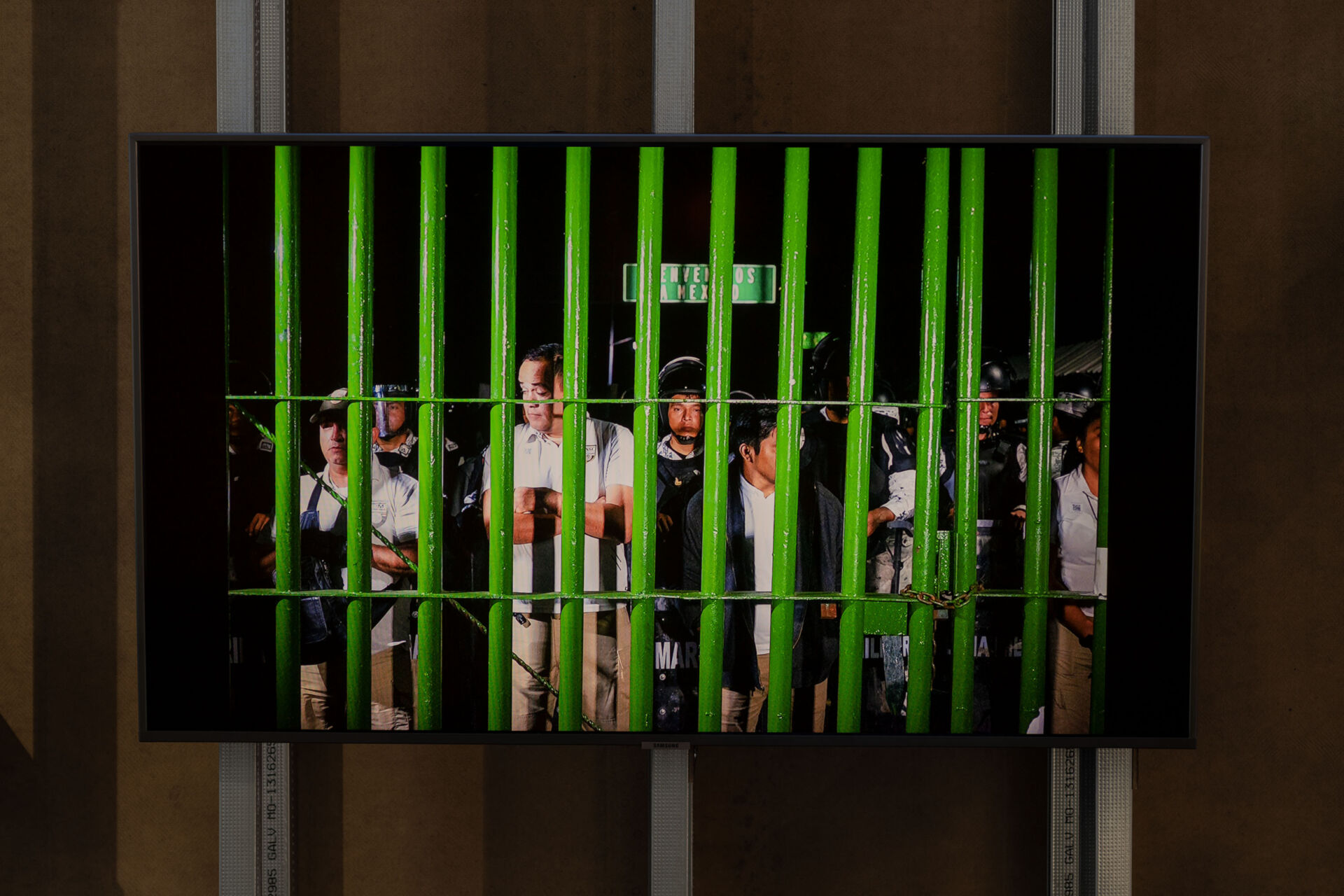 Migrantes Valientes – Stories of Migration by artist Pablo Allison presented an alternative to an often-distant mass media coverage of migration by directing the gaze toward quotidian experiences of movement.

Migrantes Valientes – Stories of Migration presented an alternative to an often-distant mass media coverage of migration by directing the gaze toward everyday experiences of movement. Collective struggles for survival as well as tender moments and personal narratives are given in image-based and poetic testimony.

For five years, Allison has travelled with migrants moving through Mexico toward forbidden horizons in the United States. Fragments of their experiences are woven into landscape imagery photographed during travels on the freight train known as The Beast, and portraits drawn at an ICE detention center where Allison was held along with many others before deportation.

The works presented here make visible courage and care as well as the brutal boundaries of migration policies that exclude, de-humanize and ultimately kill. The departing point of Allison’s work is lived experience and a desire to intervene in the world. These representations refuse what he calls the journalistic mythology of critical distance and the imaginary position of neutrality.

The exhibition was shown at the gallery of Blå Stället as well as the subterranean tram stop which is Hammarkullen Konsthall and was accompanied by a publication newspaper.

Pablo Allison was born in Great Britain and grew up in Mexico. He is a recognized graffiti writer and artist who works primarily in long-term documentary projects.

The exhibition Migrantes Valientes – Stories of Migration was shown at Konsthallen Blå Stället and at Hammarkullen konsthall. The exhibition was a collaboration between Urban Konst at Göteborgs Konsthall and Blå Stället. 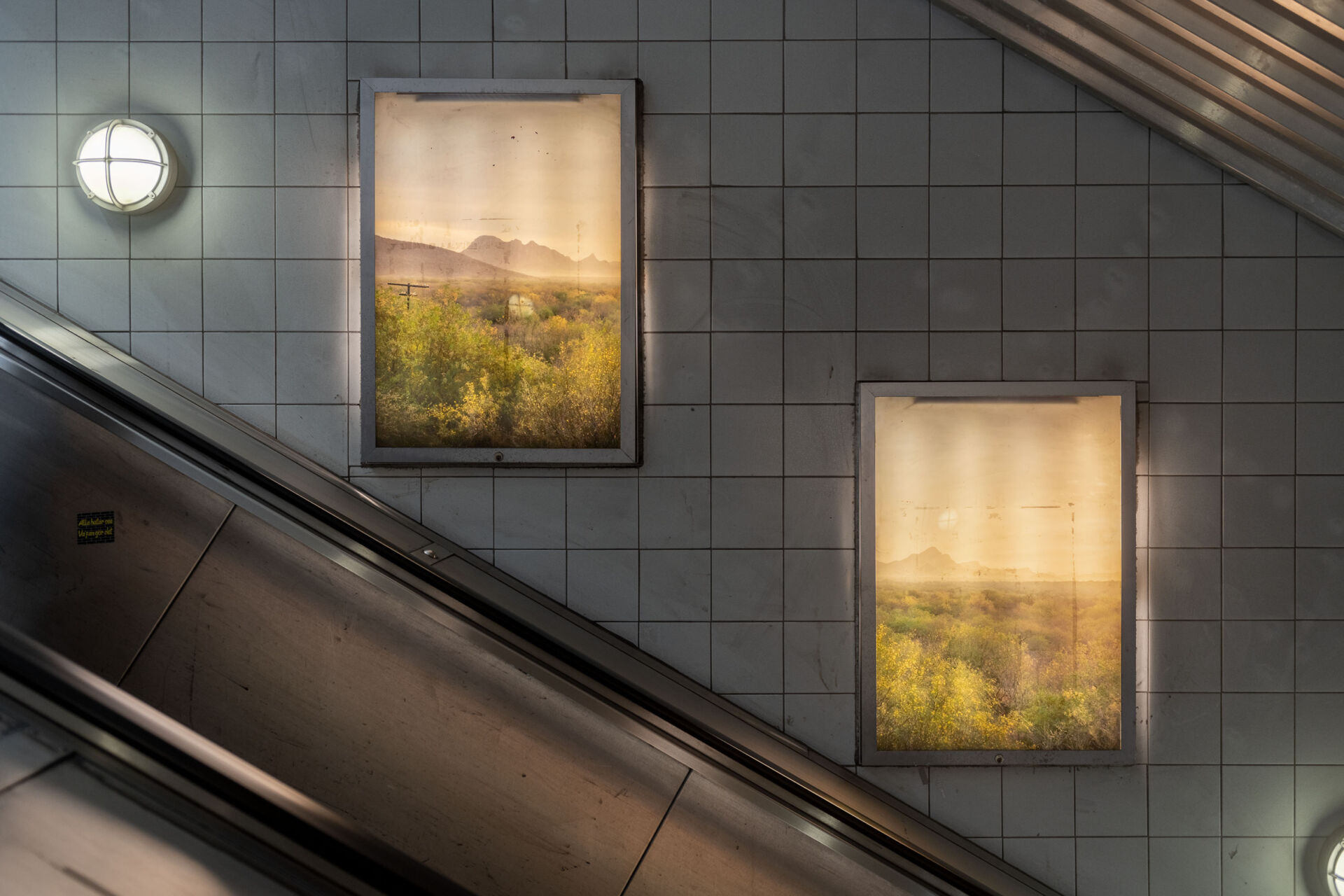 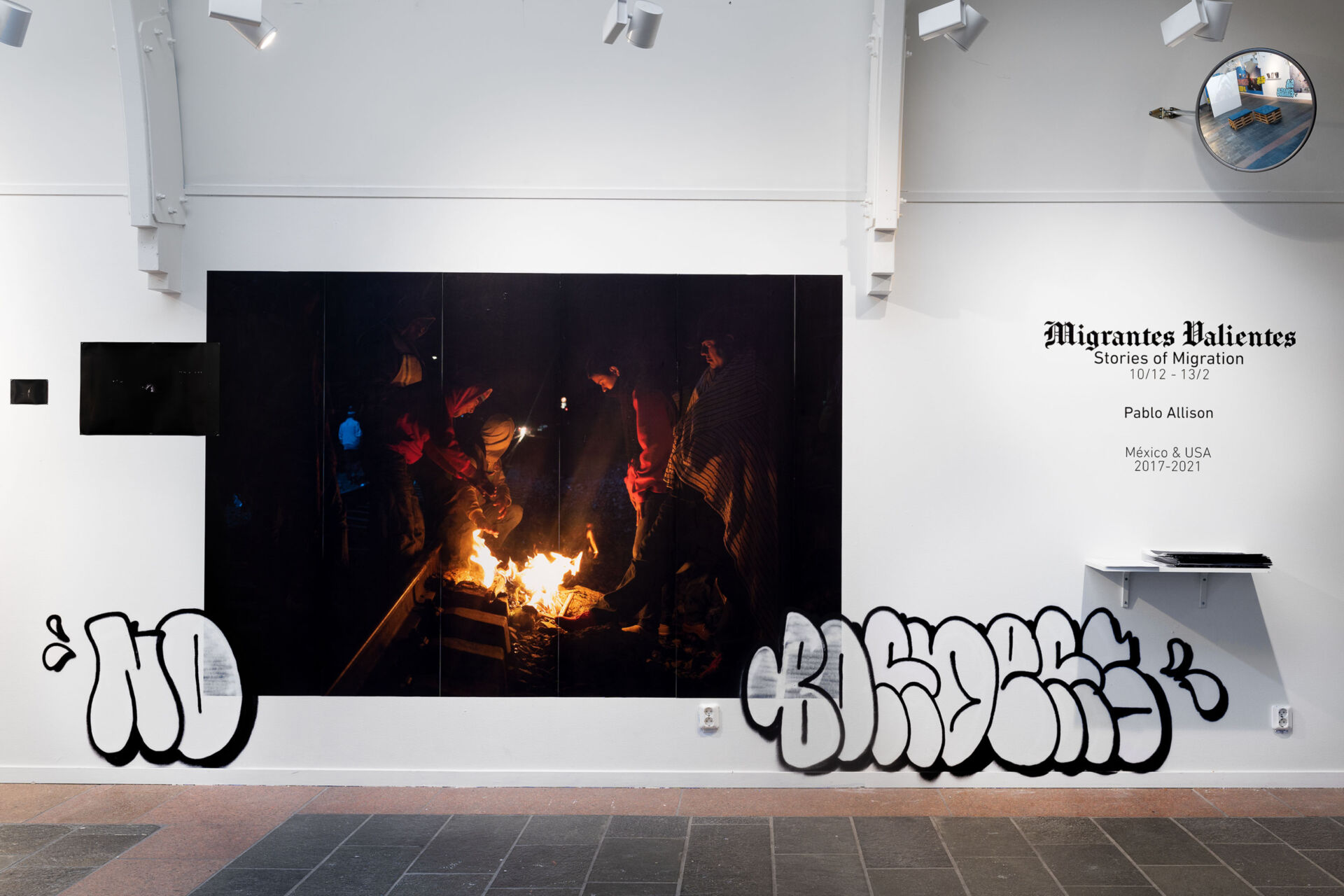