part
of
the
labyrinth 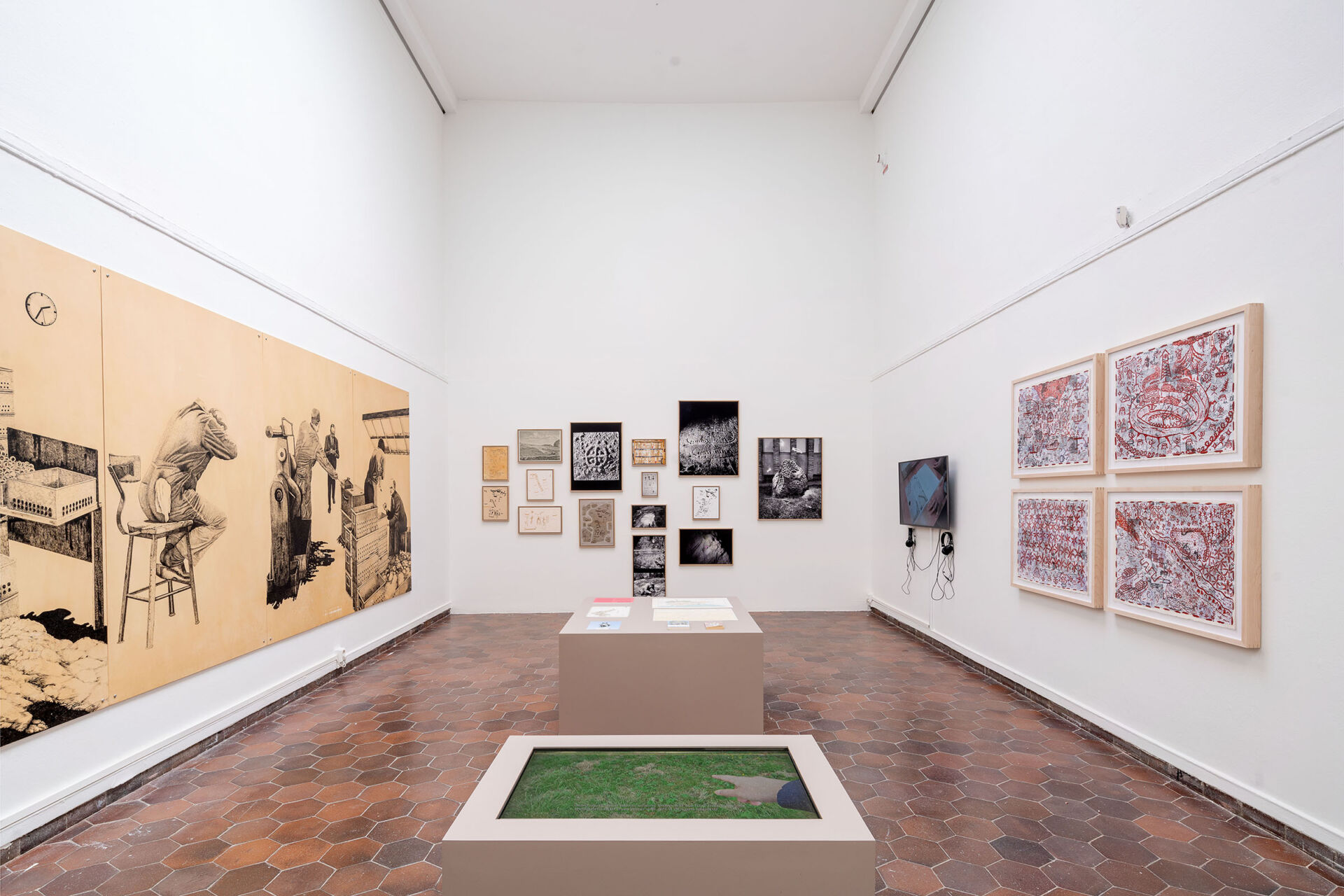 For its 10th edition Göteborg International Biennial for Contemporary Art (re)considers its format and extends beyond its implied temporality to look into the potential of a long-term commitment to site, topicalities and artists. Appointing Lisa Rosendahl to curate its coming two editions in 2019 and 2021 marks the beginning of a three-year engagement with the local context and its intersections with global issues.

Concerning the intentions for GIBCA 2019, curator Lisa Rosendahl states:“Starting from the invitation to work on two consecutive editions of the biennial and relate them to each other, the curatorial framework for GIBCA 2019–2021 will use interconnectedness as a central motif and method.

The 2019 exhibition, Part of the Labyrinth, marks the start of a conversation that will develop into 2021, when the biennial coincides with the 400-jubilee of the city of Gothenburg—an occasion to ask how the mechanistic worldview formulated in response to the uncertainty characterizing Europe in the 1620’s might correspond to our own precarious times, and what counterimages are needed today.

In 2019, the biennial will unfold across a number of Gothenburg sites that exemplify the way European modernity organised life according to principles of separation and distance. The particular context and histories of each venue are used as thematic starting points to be complicated, contested and expanded upon by the invited artists.

Seen together within one framework, the different sites are brought into proximity with one another to be understood in terms of their interrelationships and connected histories. From the purpose-built white cube gallery spaces of Göteborgs konsthall, to the converted coal-burning power plant Röda Sten Konsthall and the elaborate collection displays of the Natural History Museum, the exhibition aims to unsettle binaries produced by modernity through exploring entangled histories such as the relationship between colonialism, industry and environmental destruction, and the interplay between human and non-human ways of looking at the world.

In 2019, GIBCA will also start working with Franska tomten, the plot of land in the Gothenburg harbour exchanged in 1784 as part of a trade deal with the French Empire for the Caribbean island of Saint-Barthélemy, where Sweden subsequently ran a slave trading colony. Starting from 2019 and continuing into 2021, artists and other voices will be invited to respond to the many layers of history and memory existing between Saint-Barthélemy and Gothenburg, as well as between the often intersecting practices of trade and injustice.

The 2019 exhibition title Part of the Labyrinth echoes the response to Descartes’ “Cogito, ergo sum” (1637) by Danish poet Inger Christensen: “I think, therefore I am a part of the labyrinth” (Letters in April, 1979). It draws upon historical uses of the labyrinth as a metaphor for the world, suggesting a non-linear structure of crossing paths and interlinked chambers that can be accessed from many different perspectives. Rather than a predetermined system to be navigated, or a riddle to be resolved, the labyrinth in the title is meant to evoke the world as transformable through processes of co-creation. Although the metaphor of the labyrinth might be experienced as an entrapment, it’s message of entanglement is meant as a carrier of hope—only through recognizing how we are deeply interconnected with, and dependent on, each other and our surroundings will change become possible.”